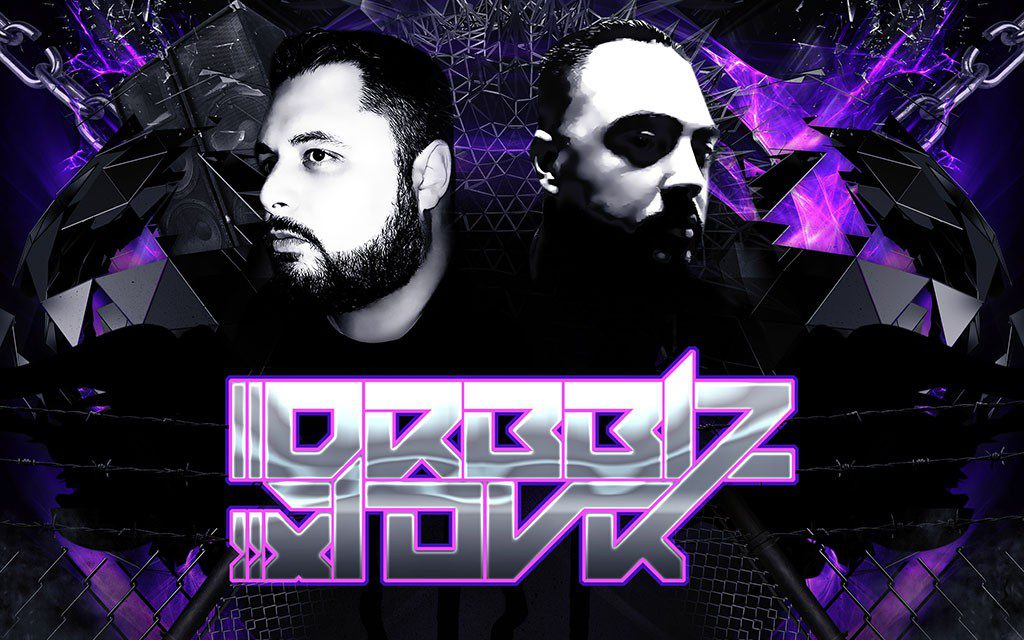 Drbblz x Tovr are a duo of two long time veterans in the Bass Music industry with a combined 39 years of professional DJ experience. Having deep roots in State Side Bass Music, it is difficult to sum up all that they have accomplished in just a few words.
Ryan Feyler aka Drbblz is a classically trained musician and long time Dj / Turntablist. Having come up in the birth of the New York Rave scene, Drbblz has played countless festivals/venues across the United States. Drbblz (aka Orion) is most known for his precision scratching abilities, and has performed with and shared the stage with legends like Dj Craze, The Executioners, Richie Hawtin, KRS One, Biz Markie, Slick Rick, Dj Hype, Ol Dirty Bastard, TJR, Reid Speed, and countless other world class performers. Drbblz has always pushed the limits with his live Dj performances, and always leaves the crowd in awe.
West Coast Producer/DJ Thorn On A Rose, or better known as “Tovr” has also shared the stage with some of the worlds finest djs and producers on the planet. Having caught the attention of Doom Music with a bootleg of Figure’s tune “Leatherface” Tovr’s path opened up as a production force to be reckoned with. “Cocaine” Tovrs follow up track had also gained support from heavyweights like Krafty Kuts, Thugli, Regulators and many more.

In 2011, Drbblz and Tovr teamed up to form the duo Drbblz x Tovr. The duo quickly banged out releases on numerous labels and soared all over the Beatport charts, while gaining support from some of the biggest Blogs in the world (EDM Network, Trapsounds, Trap and Bass, Trap Nation, Twerk Nation, The Untz, Do Androids Dance, etc.) Their first release on Dank (U.S.A.)’s Funky Element Recordings, hit #11 on Beatport Dubstep charts, and set the pace for what came after. Cracking the #5 spot on the Beatport Hip Hop charts with Happy Colors (Mad Decent) for their song “Hit Em Hard” (Multikill Recordings), Drbblz x Tovr continued to attack releasing banger after banger, climbing as high as a #3 spot on the Beatport Hip Hop charts. Releasing with more artists like Luzcid, Gawtbass, Statik Link, We Bang, jACQ, Dane Brennan, Kanevsky, Dubba Jonny, Ennovi, Heavy Grinder, BBK, King Peanuts, Vukich, and many more, the duo strives to raise the bar with each release. Drbblz x Tovr released their epic 100k followers Mix on Trapsounds in 2015, and was quickly signed to the blogs Plenum Recordings, where they unleashed multiple hits in the Trap / Bass music genres. This life-long passion for the duo won’t allow them to rest until their mission of spreading their sound to the world has been completed.